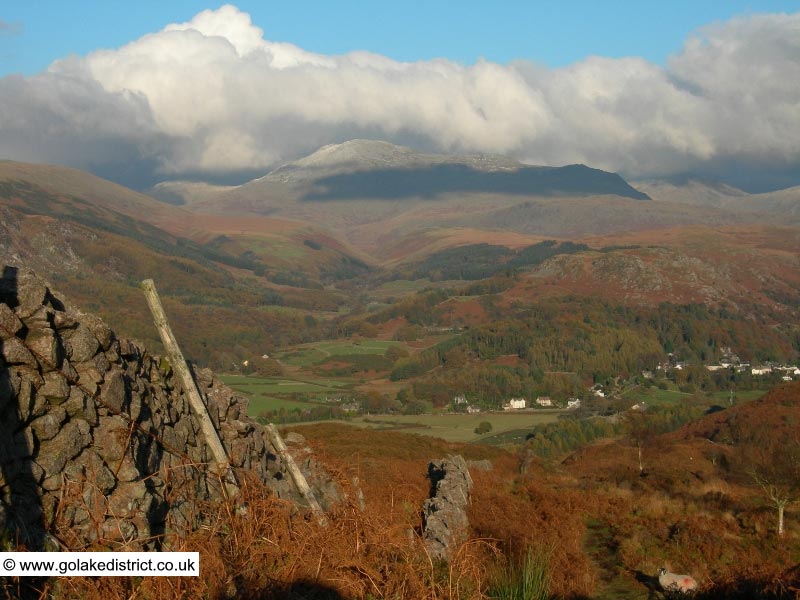 Ravenglass is the part of the coast which falls within the boundary of the Lake District National Park.  This walks goes up the gentle slopes of Muncaster Fell and onto Irton Road Station where the return is made on the La’al (little) Ratty Railway. In 2010 it cost £13.20 for two adults and two children.  The walk is an ideal family walk, especially with return on a steam train.  Our daughter could do this walk at four years of age but families should not underestimate the length of the walk.  The walk can also be boggy after prolonged wet weather.

DANGER NOTE: Make sure you set off early enough to catch the train back; otherwise you might miss the last one.  The trains usually reach Irton Station about 18 minutes after leaving Dalegarth Station (this is useful to know as some train timetables do not show the times for Irton Station). 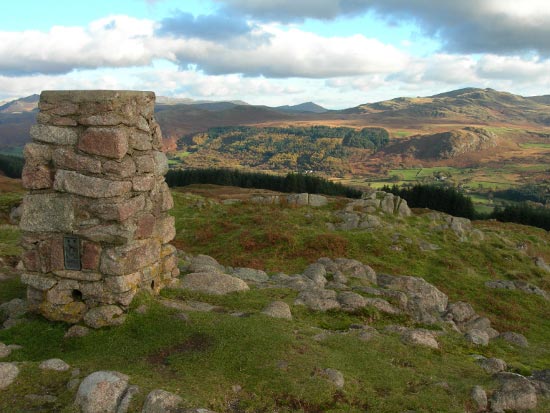 From the Ratty station in Ravenglass, walk past the playground following the footpath sign for the ‘Roman Bath House’.  You soon come to a gate where you turn right onto a tree lined private surfaced road past the camping site on your left.  To avoid walking on the road there is a footpath located just yards on the left running alongside it.

After a couple of minutes you’ll spot a kissing gate on your left which leads into a field.  The path follows the line of the fence in the field. (Also shown on the map is a Roman Bath House, which is not part of this walk, but a very short detour before going into the field is worth taking to explore this ancient structure.) 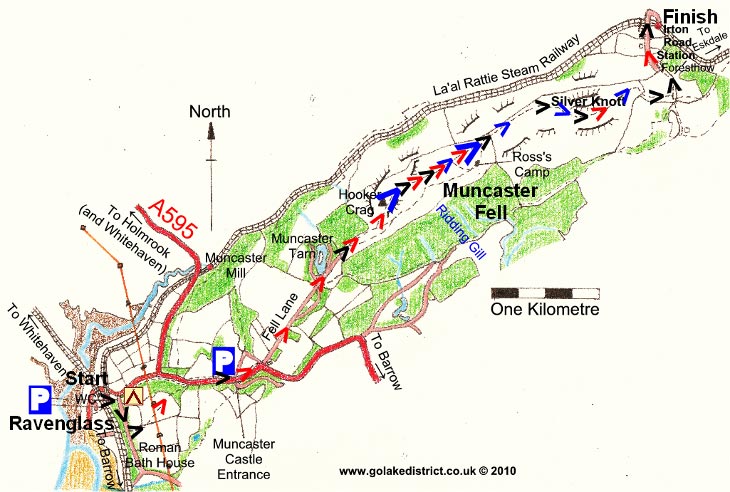 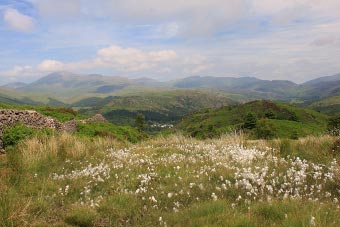 Shortly after the entrance to Muncaster Castle the pavement ends and you will briefly need to cross over the road for about 20 yards before that pavement ends requiring you to return to the other side of the road. 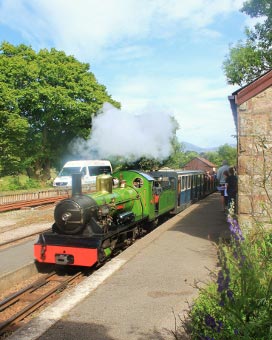 Keep on the widening pavement heading uphill until the main road turns 90 degrees to the right.  At this point you leave the road behind and continue heading uphill in a north easterly direction on a partially surfaced track known as “Fell Lane”, with stone walls on both sides.

After a while you pass Muncaster Tarn and go through a farm gate/kissing gate which leads onto the open fell.  You pass under more electricity lines and you soon see the summit cairn of Hooker Crag.  When the path splits, bear left to the summit cairn.  Here the views are magnificent with something of interest in all directions.  It’s time to get the ordnance survey map out and indentify everything in the surrounding area.

From the cairn, continue onwards over the fell top.  The path goes over Hooker Moss before swinging to the right.  A short diversion off to the right takes you to Ross’s Camp, which is a stone luncheon table made by members of a shooting party in 1883.

Continue to follow the path on through a dry stone wall, which once had a farm gate but it appears no longer to be there.  Head downhill through boggy ground with the Scafell range splendidly in view directly ahead.
The path levels off before rising again to go round the right side of Silver Knott.  The path levels before dropping to a dry stone wall at which point it swings 90 degrees to the right taking you through a kissing gate.  Continue on to another dry stone wall, at which point head left (ignoring the stile on the right).  The path takes you past Forest How Guest House onto a surfaced country lane and down towards Irton Road Station.  Time to put your feet up and return on the La’al Ratty Railway.

We’ve had many good days out in Ravenglass; a place we visited as young children with our families and on school trips; and many more times as parents with our own children. It is a quant coastal village with outstanding natural scenery and wildlife. It benefits from two big visitor attractions on its doorstep: Muncaster Castle and Gardens – www.muncaster.co.uk– which is a worldwide owl conservation centre, and the La’al Rattie Steam Railway- www.ravenglass-railway.co.uk – which runs seven miles to Dalegarth Station for Boot; doorstep to England’s highest mountains. 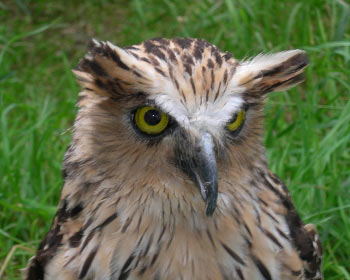 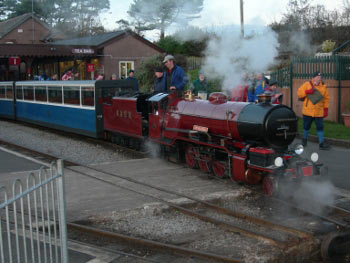 A ten minute detour at the start of the walk takes you past the surviving walls of a Roman Bath House, which was part of the fort known as ‘Glannoventa’. The fort itself lies between the bath house and the sea on the other side of the road. The fort appears to have been in use from AD130 to the end of the fourth century. The defences of the fort appear to have been turf and timber, which were replaced by stone walls at the end of the third century. 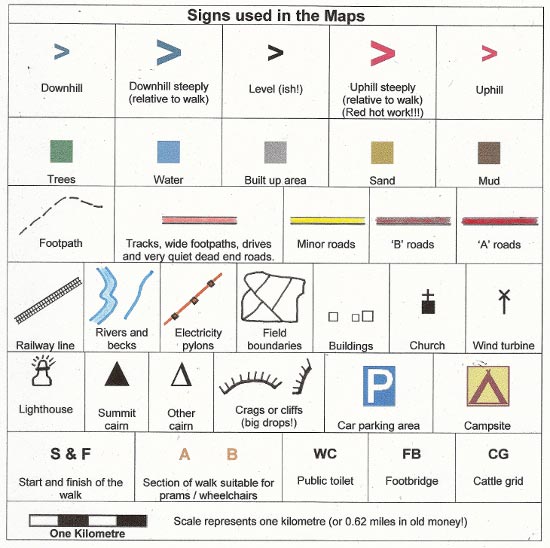 Whilst we try our very best to ensure the accuracy of this information, we accept no liability for anyone getting lost or injured.  You should always consult your ordnance survey map for exact details and wear appropriate clothing for the weather conditions.