If you saw the brand new face-lift model of Top Gear on Sunday, you will have been treated to a race to the top of Muncaster Fell in some old Jeeps and Land Rovers.

The newly re-launched show, complete with Christ Evans and Matt Le Blanc (Joey from Friends) standing in for the surgically removed; Richard Hammond, James May and The Jeremy Clarkson.

The general consensus at the moment, is that the show fell pretty flat with mediocre scripted dialogue that was obviously scripted, to guests driving their “reasonable priced car” that have absolutely nothing in common. And a pretty boring first “event” which pits the Americans agains the Brits in a race using Reliant’s. Not really the high end super-cars that the show is know for. And when the show did use reliants in the past, it was hilarious as Jeremy clarkson could barely drive 20 ft with ought toppling over. Comedy genius. 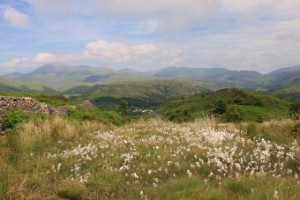 But one saving grace was the inclusion of Muncaster Castle and Muncaster Fell featured in the final segment where the two presenters raced an old jeep and Land rover to the summit of Muncaster to prove if America or Britain produce better cars… I think? Either way, the constant cheating and rule changes don’t really add up to anything much anyway and I have pretty much forgotten the rather unimportant and ridiculous conclusion.

The important thing to take away from this, is that no matter how bad the new Top Gear is, you can’t blame Muncaster.

To get over the bad taste in your mouth left behind from the show, I will include a little pick-me-up.